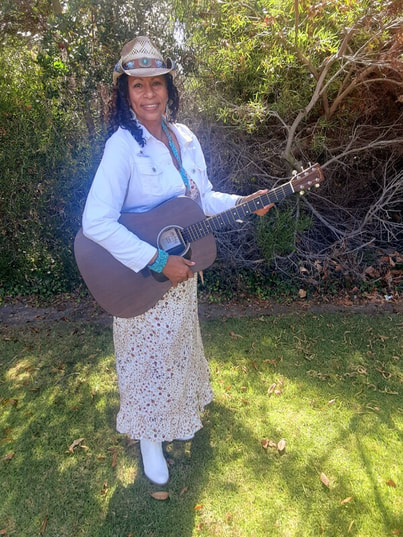 In 1999 Candy Paula made her solo debut as an acoustic guitarist and singer at the church Anniversary Night Program.  This led to her being one of the featured artists on Music Videos sold as church Music Ministry Fundraisers .  Selected as Music Minister on Monday Night Services she led the playing and singing of traditional Inspirational Hymns.

While attending a 1994 Praise and Worship Conference for singers she had an “aha” moment.  She decided she wanted to play the guitar, which led to guitar music lessons at a Community Adult Education School.  Fall and Winter she attended courses and learned basic fundamentals of guitar playing.

As a student at Loyola Marymount University she advanced her studies by taking courses in Music Composition and Classical Guitar.

Before all that, she was trained as a flutist with her high school band.  Candy Paula participated in band concerts which included playing classical and popular music.  It was also a marching band for football games, parades and pep rallies.

Selected by faculty to be on the Pom-Pom Girls Squad she danced to the music of the band.

And before that, Candy Paula participated in elementary school musical plays as well as music classes which included reading music and playing  the recorder. 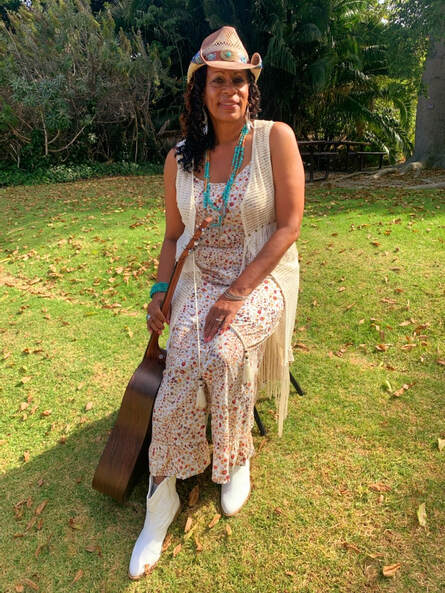 Candy Paula learned to craft words early in elementary school.  She participated in local school poetry contests. She won “First Place” in her 8 year old age group.  Candy Paula joined the Jr. Poets Club of Indiana.  The teacher and mentor of the Jr. Poets Club, (a former Poet Laureate  of Indiana)  decided to publish the poems . This included 3 Poetry Chapbooks “Sparks With Skipping Stones”.  Candy Paula was a published writer at age 8. This accounts for her poetic lyrics.

In high school her writing skills were polished in English courses. Her senior year she was inducted into the National Honor Society of America.

She is a current member of the Alumni Epsilon Chapter of Sigma Tau Delta.

In 2019 -  Candy Paula is still on the move!  She has released her first CD Love Is Real.  For those with a passion for music as well as art, the Love Is Real album is a double treat because Candy Paula features her original artwork "Gentle Breezes" as her cover art and "Way Of The Cross" as her back art on her debut album.